Originally released back in 2019, Judgment is an action-RPG, which acts as a spin-off the renowned Yakuza franchise. The big question here is: does this remaster release of Ryu Ga Gotoku Studi’s action-RPG do it justice? Find out in our PS5 review of Judgement!

If you’ve been around the Yakuza Series since the very beginning, then you’ll probably know exactly what your getting yourself into with Judgement. Studio Ryū Ga Gotoku, the main devs of Yakuza headlines Judgement, and that means you should expect a deep story, filled with insane amount of emotional turning twists.

After a shocking wave of serial murders hitting Kamurocho, detective, slash lawyer Takayuki Yagami seeks out to unfold the truth behind the killings. Like many Yakuza games before it, Yagami journey to discover the truth takes him through a string of conspiracies, that eventually lands him on the top of the hit list of the unknown crime organization that seeks to bury everything.

As with all my reviews, I don’t like spoiling much of the story, even for an old game, it should still be experienced fresh and unspoiled by all. Still, to say the least this is certainly one tale that lives up to par to other past Yakuza games, as it’s filled with over-the-top drama the runs deep with head-turning twists. It definitely feels like a more grounded, serious take than the traditional Yakuza game where often characters are abundantly outlandish in their personalities, but Judgement still hits high, especially with the main cast and in world NPC interactions.

Notably, the Japanese’s cast performance excels as it always has in past Yakuza games, though the offering of an English dub is a much welcome one, even if lip-syncing is off. There’s really little to complain about when it comes to how lively all the characters feel in Judgement, as you’ll find if there’s an emotion a scenes wants to portray, the characters will go all out to ensure it does.

Then there’s Kamurocho itself; a fictional district in Tokyo Japan that’s modeled after real-life districts. This has been the central location for the Yakuza series since the very first, and with every passing iteration it just seems to get bigger and better, and Judgement is no exception. The city feels lively with it’s condensed population of NPCs, and in that sea there are countless that need your aid.

Side quests come plentiful, and despite Judgment taking itself more serious than Yakuza, expect to see a lot of those quests pulling at your heart strings or making you laugh at ridiculous, unrealistic moments. The writing humor of team Ryū Ga Gotoku blooms well in these optional quests, with many missions having recognizable characters that parody other franchises. Let’s just say that exploring Kamurocho to it’s full extent pays. Of course the story and world exploration are just some of few highlights of Judgement, so what of the gameplay itself? Well, it’s very good.

If you were one of the many people turned away from the new turned-based direction that Like A Dragon took for the Yakuza series, well you may find salvation in the series’ spin-off, Judgement.

While Judgement released almost two years before Yakuza Like A Dragon, in some ways its a continuation of the mainline series. Not in the story sense, but instead it’s gameplay as it seeks to preserve (or evolve?) the franchise’s classic beat-’em-up playstyle as the mainline goes into a new frontier of being turned-based — and frankly, I love that.

Taking big cues from past Yakuza games, Judgement will fit right in with players familiar with the franchise. It’s fast paced, combined with an expansive upgrade system that’ll unlock stylish combos to beat down your enemies. 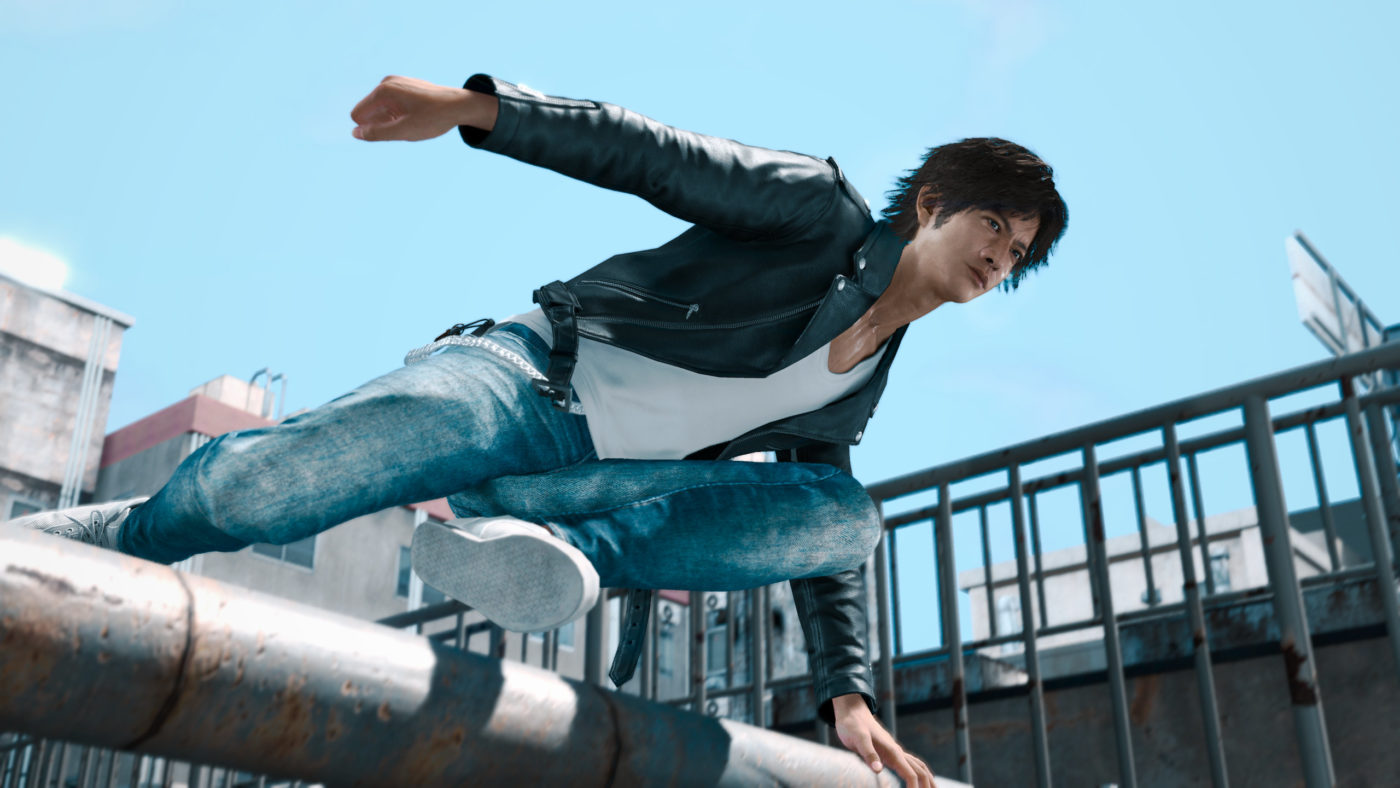 At its heart, it is a button masher but one that is all so satisfying. Pummeling a thug on the streets of Kamurocho never gets old, and with the more dumbed down upgrade system in place things remain fun and new for the 30 plus hours we played. No longer do we need to collect 3-4 different types of currency as everything runs off a single one, making it a far more streamlined experience.

Speaking of being more streamlined, one of the biggest changes with the combat is how the character now reacts to the surroundings. Rather than be limited to a single plane on the battlefield, you can now vault over objects and even jump off walls for quick evasions or high damaging attack’s. Long gone are the days of being backed into a corner and bummed rushed by a group of enemies as Judgement takes advantage of the protagonist aerobatics abilities.

It feels familiar, yet fresh all at the same time. 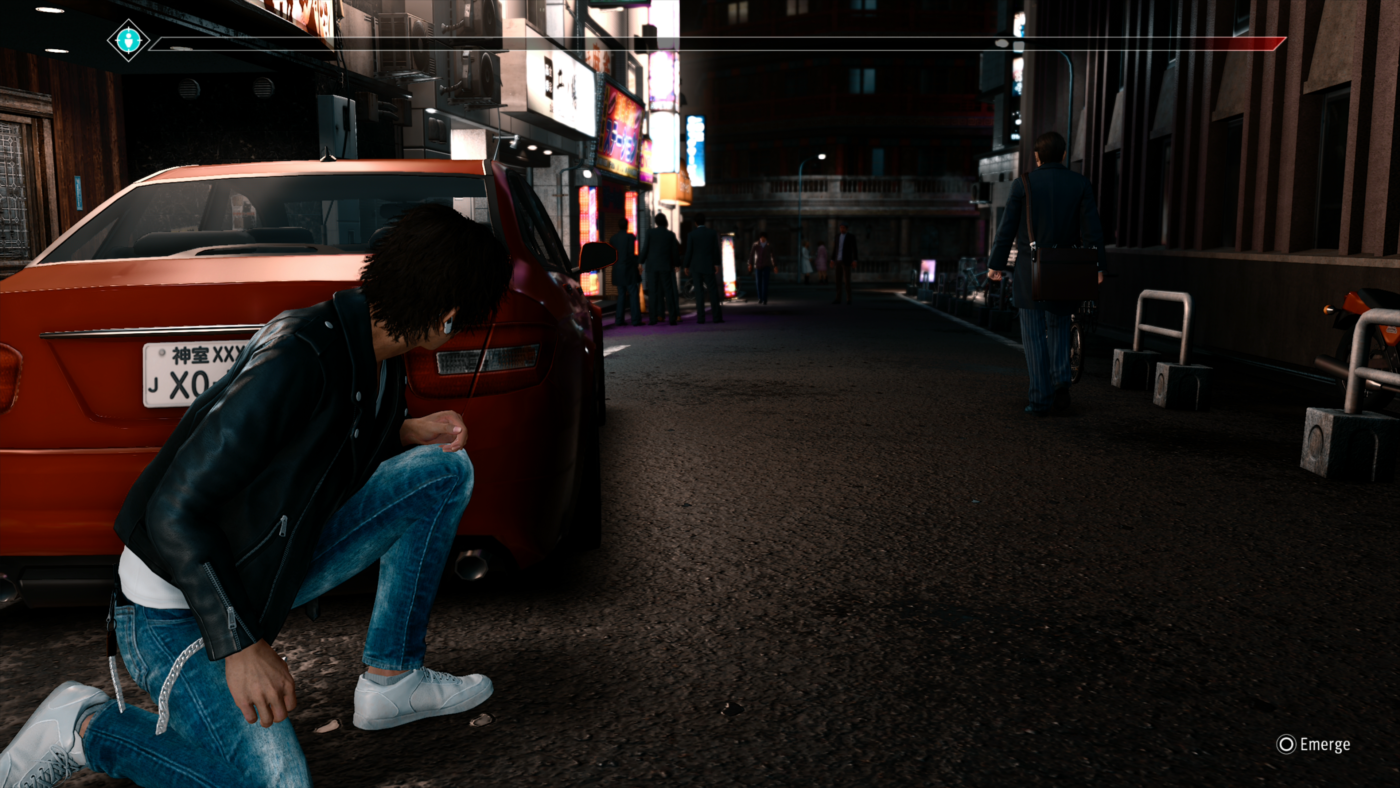 Seeing that the story revolves around a detective/lawyer character, it would be a huge miss if the game didn’t feature any mechanics around the theme. Thankfully, it does. Certain quests will have you flying around the city using a drone as you tail characters, or scope out the area for clues and threats. In other missions you’ll see yourself playing the detective role as you stalk and collect evidence, say against a cheating husband or other hired activities. There’s plenty of other detective geared gameplay, though disappointingly there doesn’t seem to be a whole lot of decision deduction found in the central plot. Perhaps a missed opportunity if we say so, though hopefully one they consider in a sequel.

I originally played Judgment on the PS4 when it released, and honestly had little to no complaints back then about the visuals or performance. However, seeing that this new version now takes advantage of next-gen features, it’s easy to spot why this upgrade is well worth experiencing over.

Character textures have been improved with the now crisp 4K resolution bump, bringing the quality up to promotional bull shots that have been used in the past. The lighting itself is also miles better than in the original release, with character looking far more natural and realistic, and coloring is a heck of a lot more vibrant. 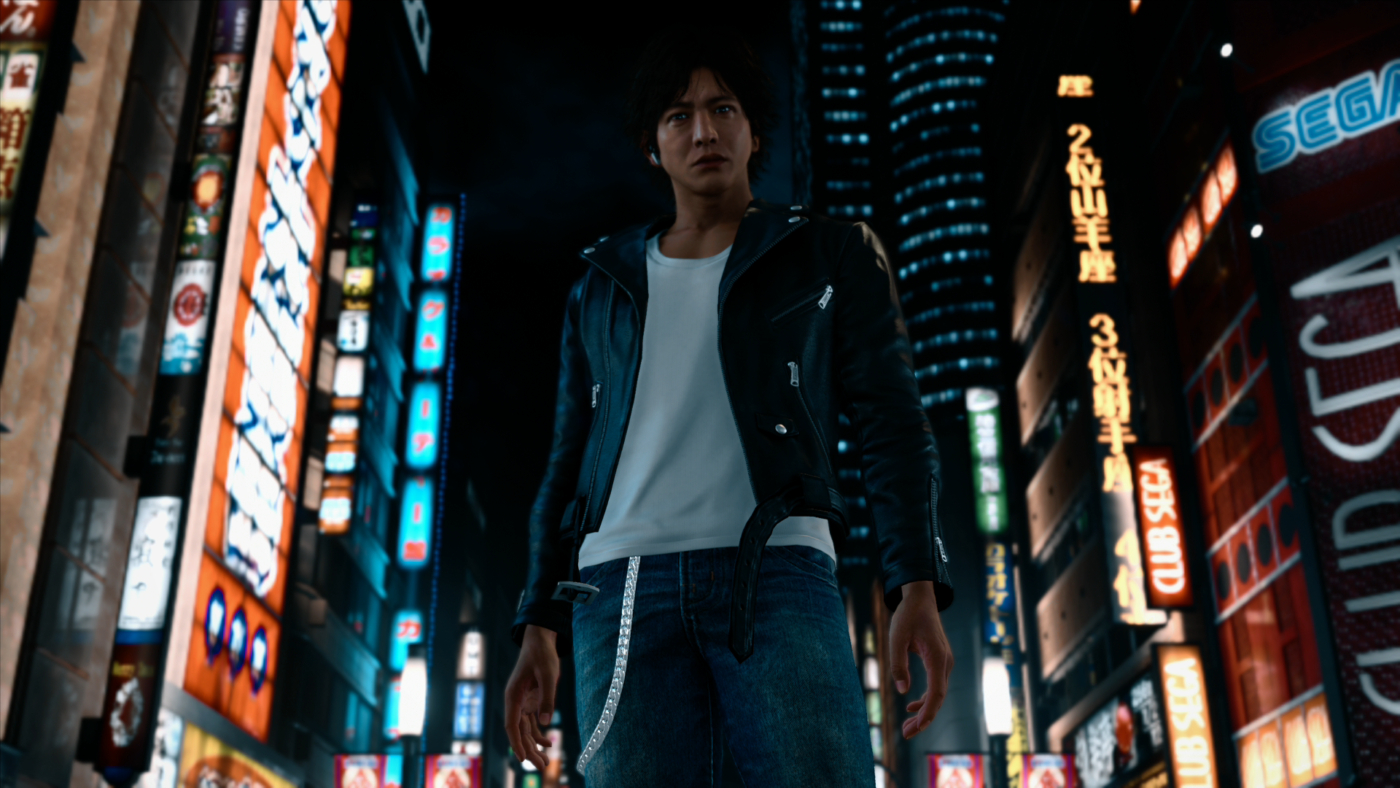 The biggest change however has to come in with the performance. No longer shackled by the cap 30fps (frames-per-second), Judgement is now playable in an ultra smooth 60fps experience. It’s a big difference, at least for me as all the animations now look buttery smooth with no hitches from drops whatsoever. Once you play it in 60fps there is almost no going back as the differences are very noticeable. And of course there’s also the super fast SSD of the PS5 that offers quick load times, with Judgment cutting off nearly 30 seconds. It’s super fast, which should be unsurprising considering all the other PS5 games on the market, but it will continue to blow my mind after spending the last 20 years suffering through load screens.

Sure I’ll admit these changes might not be enough to sway someone who owns the game to buy it again since there’s no free upgrade, but it’s definitely well worth it for newcomers, especially those looking to hit that Yakuza itch.

Judgment was already an amazing game when it first released, and this remaster for the PS5 certainly cements that further. While it might not convince existing last-gen owners with it’s $60 price tag, it is certainly an experience well worth taking. Gameplay is fast and addictively fun, and the enhancements brought with the next-gen version makes it the definite way to play. It certainly is a must play, especially for those feeling alienated by the turned-based combat of the recent Yakuza game. Assuming a sequel gets made (and it’s likely,) Judgement is most likely here to stay as a new long standing franchise for SEGA, one that’ll continue the bloodline of an old-time Yakuza.

Review code provided by the publisher. Played on PS5. You can read SP1st and MP1st’s review and scoring policy right here.

“The Pilgrimage proves we are willing to give of ourselves for the greater good. What does it say about me if I turn my back on this?” – Tali’Zorah Finally, today’s the day where eager […]

MLB The Show 21 update 1.07 is a small hotfix for the ninth-gen versions of the game that fixes a bug with the player-made stadiums. Similar to every year, Sony’s San Diego Studios delivered another […]